Friday evening and again time for another highly interesting blog from Teresa Morris of Islay Wildscapes. This time Teresa writes about a SAC, an abbreviation for "Special Area of Conservation". Other terms that are used to point out areas with a high nature value are SSSI "Special Site of Scientific Interest", SPA "Special Protection Area" and of course the nature reserves. Islay has it's own Special Area of Conservation which is the Islay Skerries SAC. More on that by Teresa:

The South East Islay Skerries SAC comprises of offshore island and skerries which hold a nationally-important population of the Common seal (Phoca vitulina). These coastline areas are extensively used as pupping, moulting and haul-out sites by the seals, which represent around 2% of the UK population. The designated Skerries are one of six designated sites within the Argyll Marine SAC. Continue reading.....

'Special Areas of Conservation (SACs) are strictly protected sites designated under the EC Habitats Directive. Article 3 of the Habitats Directive requires the establishment of a European network of important high-quality conservation sites that will make a significant contribution to conserving the 189 habitat types and 788 species identified in Annexes I and II of the Directive (as amended). The listed habitat types and species are those considered to be most in need of conservation at a European level (excluding birds). Of the Annex I habitat types, 78 are believed to occur in the UK. Of the Annex II species, 43 are native to, and normally resident in, the UK. The South-east Islay Skerries marine SAC has been designated for the species â€˜Common seal Phoca vitulinaâ€˜, which is listed on Annex II of the Habitats Directive.' The purpose of the SAC designation is to prevent deterioration to the distribution and extent of the habitats, and to prevent disturbance to the Common seal. 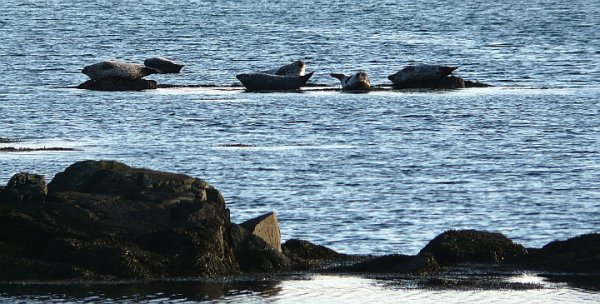 'Southeast Islay Skerries European marine site encompasses offshore islands, skerries and the south-eastern mainland coast between the eastern-most point of Lagavulin Bay and Ardmore Point. The south-east coast of Islay is remarkable for its unique coastal topography of ridges parallel to the shore, its shallowness and its proximity to an amphidromic point producing very small tidal ranges. The system of ridges parallel to the shore produce some very sheltered areas which are particularly favoured by the common seal colony. The maximum depth at the site is 10 m and the mean spring tidal range is 0.6 m. Consequently, the sublittoral communities and habitats that occur throughout the site have typically developed in rather sheltered conditions with little exposure to a significant tidal range.

Qualifying marine interest
Annex II Species: Common seal Phoca vitulina. Common seals are found in a wide variety of coastal habitats throughout their range. On the west coast of Scotland, common seals habitually utilise rocky shores, islets and skerries as haul-out areas to rest, pup and moult. The skerries, islets and undisturbed mainland shores in south-east Islay have consistently supported around 600 common seals, representing approximately 2% of the UK and 1% of the EU populations of the species. The data above were used for site evaluation purposes. Since then the Seal Mammal Research Unit (SMRU) has carried out further surveys, which show that the population is stable.

The seals are usually scattered along seaweed covered tidal ledges in small groups of around fifty animals. Adult common seals can remain very faithful to particular haul-out areas, typically moving around the same group of favoured locations over a number of years. However, the use of particular haul-out areas can vary according to the annual cycle and local weather conditions. South-east Islay Skerries European marine site holds one of the largest discrete groups of common seals in south-west Scotland and the colony is representative of the Inner Hebridean and west coast population. Large colonies are important in maintaining overall population size and are significant as sources of emigration to smaller or newly established groups.' SNH 30 March 2006.

More information about the Common seal can be found at the Hebridean Whale and Dolphin Trust. A good place to view the Common seals is from the road heading west towards Claggan from Ardbeg. At low tide you may have an opportunity to encounter these mammals hauled out on the rocks. 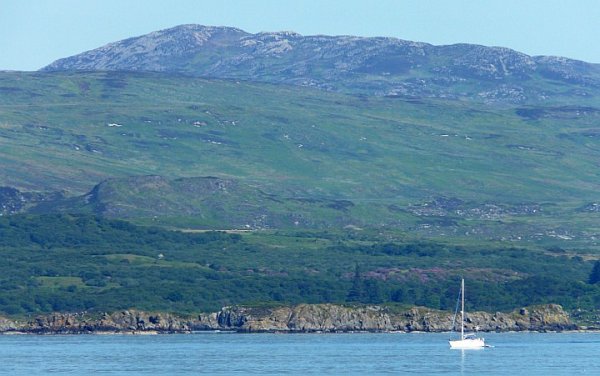