Scotland has seen a lot of snow in the last week but some parts of western Scotland and Islay had to do without the white stuff, until today that is. Ewan Graham from the Ballygrant Inn was kind enough to send me some really beautiful images of the snow on Islay. Ewan wrote: "It started snowing lightly around eleven o'clock and gradually got heavier through the early hours. When I got up around 8am it was completely white with about 5 inches in Ballygrant. The snow was very wet and has been followed by rain and hail showers and the temperature has risen so the snow is begining to melt now." Luckily Ewan had time to go out around lunchtime to take pictures during his walk near Finlaggan. You can see the results of his trip below: 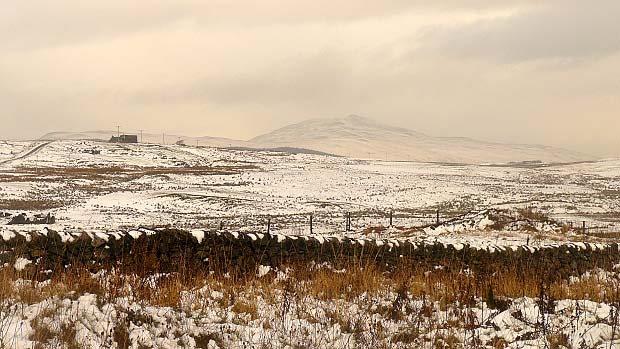 Sheep in the snow