Halfway Killinallan, on the eastern side of Loch Gruinart, stands a beautiful deserted cottage with a lovely red tin roof called Crois Mhor which was used by the sheep as a shelter. On a sunny day the view of the cottage and the rest of Loch Gruinart are very beautiful and this view has been photographed and painted many times. Yesterday a friend from Islay sent me a few pictures of the cottage taken after the storm of this week and you can see the red tin roof has been partly blown away, which is a sad sight. The remaining parts of the tin roof will probably blow away when the next winter storm arrives on the island. The pictures below show the cottage from 1999 to yesterday. 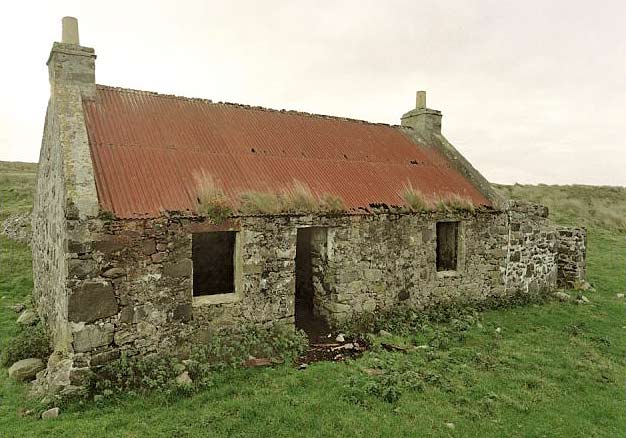 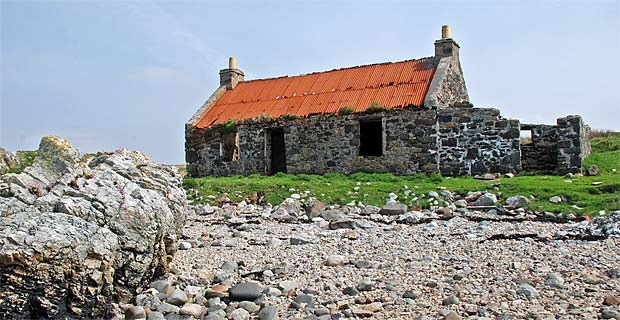 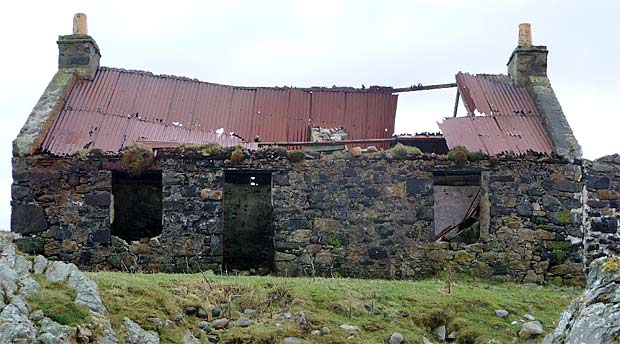